Can someone be targeted using the Adobe breach?

Note: As a professional courtesy to those at Adobe who are doing their absolute best to mitigate this breach, I have partially redacted all full hashes and email addresses from this blogpost, besides those found in the image published by arstechnica.com.

We all know about the recent 153 Million account dump from Adobe. As arstechnica showed, the format looks something like this:

As you can see, there's some sort of ID number, the email address, the encrypted password (which from the arstechnica article we now know is 3des) and the password hint.

Password hints are great and all, but they can be unreliable, unclear, or flat out wrong.
HOWEVER, when you have thousands of people using the same password (same encrypted string) looking at all of those password hints together can make the cleartext password painfully obvious.
For example. Let's get the most common encrypted password strings from the dump (with numbers on the left showing how many times they were used):


Now let's take that first, most common password string, and go get all the users' hints who used that same password. Let's also uniq those and sort them by how popular that actual hint is: 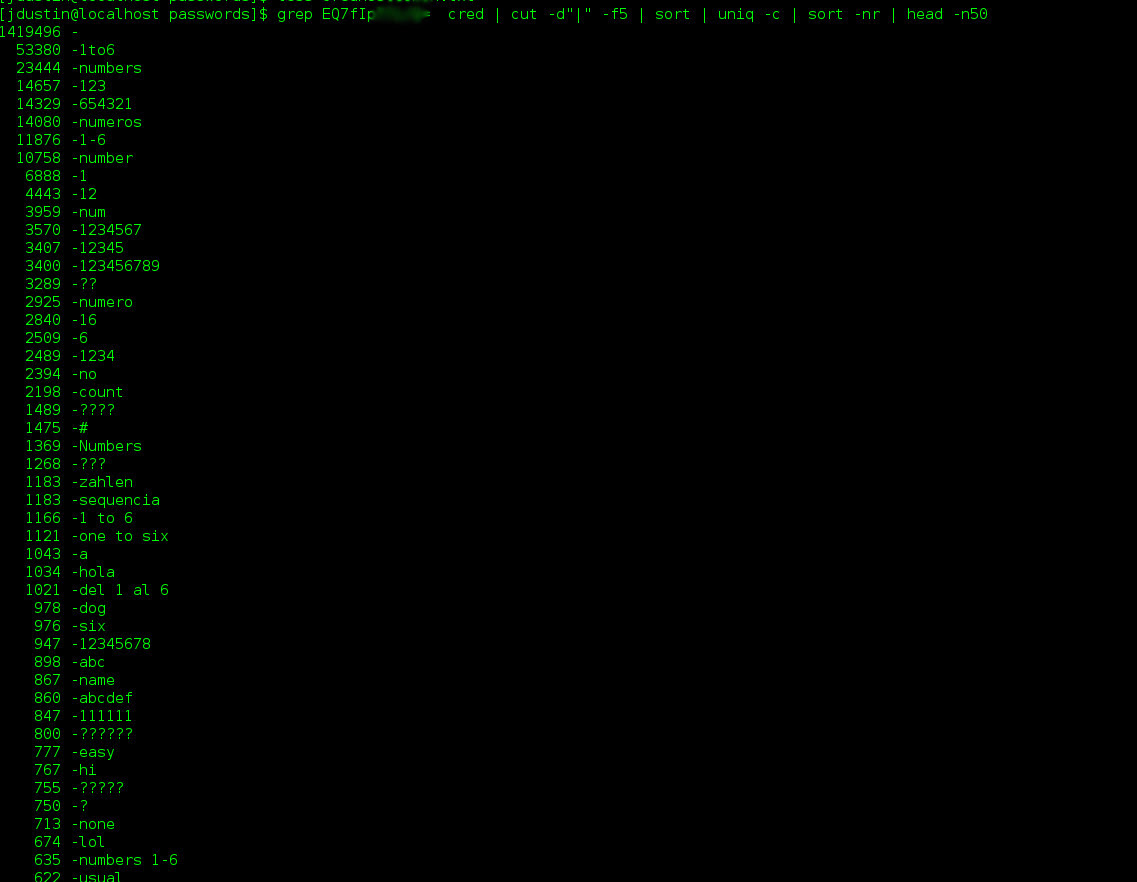 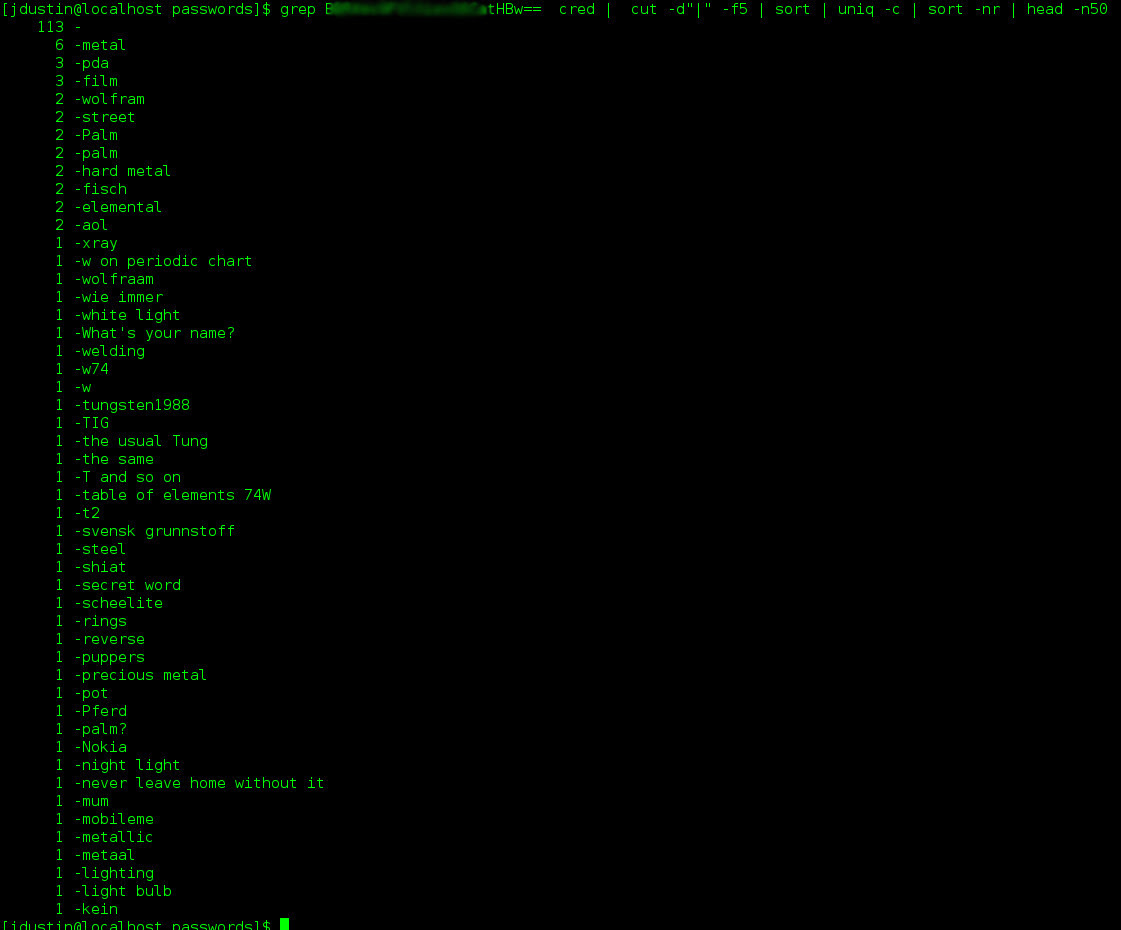 So, Metal? 74W on the table of elements? The usual Tung?
"tungsten" perhaps? Your guess is as good as mine. :) 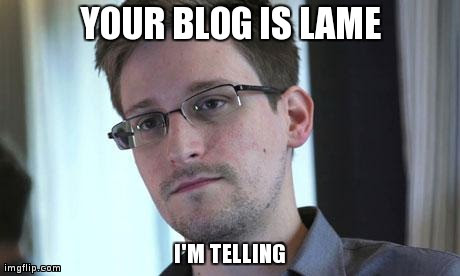