I gave a presentation at a conference last year, and someone commented that if I have a blog called "the 7 habits of highly effective hackers", I should probably have a list of 7 actual habits on said blog. I guess that's fair.

So here we go starting with habit 1, which I promise will be the only non-technical habit of the 7.

Habit 1: Effective hackers know that the game they play IS the real world.
In a sentence; Effective Hackers understand the repercussions of their actions.
There's something about computer systems that causes many people to act in a way that they never would in real life. Some of us would never read a stranger's physical mail, yet would feel no guilt whatsoever about reading their email. We make silly excuses to justify why our online world is different than our real world. That person should have changed the default password on their router; they're stupid and deserve it. That company knows their environment/product is insecure, if they wanted to keep me out they'd have fixed it.

Think this one over. Although there's no CVE number for it yet, it is now being reported that human beings are vulnerable to having bricks thrown at their heads. All versions are affected, and easy methods for exploiting this weakness have reportedly been in the wild for some time now....Would anyone think that the public disclosure of this knowledge, would in any way justify them throwing bricks, and hurting others? Are we more justified because they should have known better? 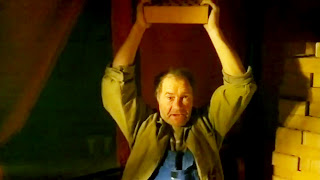 This probably all sounds really preachy. I'm actually not trying to tell you that you should feel guilt for hurting others (that's between you and your own conscience). I AM trying to say you should understand the repercussions of your actions. If you post someone's PII on pastebin, someone, A REAL PERSON, will experience real grief over it. When you gain access to someone's network, it could mean real impact for that organization. Real people could lose their jobs over it. I'm not telling you to care, I'm telling you that you MUST understand.
You must do whatever you do with your eyes wide open. Know and accept all possible impacts of every scan, every exploit, every move.

Okay, gotta go. My shirt just got out of the dryer. I'm sure we're all familiar with MITM (Mythbuster In The Middle). 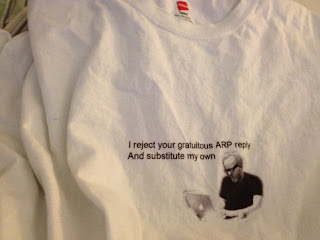